If your employees are running your social media accounts, do you really own those accounts? If the answer is obvious, why is PhoneDog.com suing former employee Noah Kravitz? PhoneDog.com is an ecommerce site selling mobile phones that also has a blog. Kravitz wrote for the blog and the Twitter account @PhoneDog_Noah. While tweeting, he gained […]

Social Media FTW: Why you need to go to my panel today

I am very proud to introduce to you this panel of experts on social media today at the Social Media FTW Fall Conference. First off we have Tobin Slaven, owner of Mobile Marketing Maine. He has an interesting perspective on how small businesses can use social media to present their personal brands. It can give […]

Learn what to do and don’t do when promoting your brand on Twitter.

Social Media FTW: What you can learn from my panel of experts

This is cool. I’m going to be moderating a panel of social media experts at the Social Media FTW Fall Conference. These are three people who will present their unique perspectives on using social media and answer your questions. Let me introduce the panel to you: Alexandra Munier is the blogger responsible for Broke 207 […]

You may never be off the clock when on social media 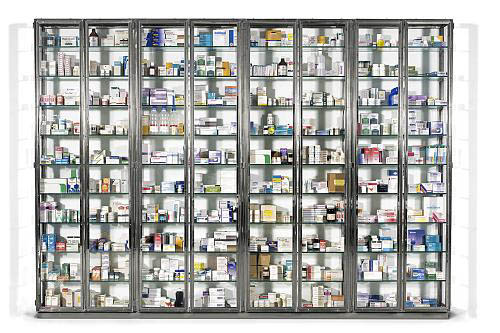 Probably my biggest takeaway from Friday’s Social Media Breakfast was the realization you are going to become journalists. Or at least be held to held to a pretty high standard when it comes to social media. I know this doesn’t seem to have anything to do with social media in highly regulated industries. But many […]

Social Media ROI: How to use social media to increase sales

If you’re looking to use social media to increase sales, Jeff Molander has three good insights in HubSpot’s blog. But there is one key principle that you need to accept: There is a simple way to make social media sell for you. It’s practical enough that any business can gain benefits regardless of target market, […]

How to use QR codes to tell a story

I must apologize to Amy Vintinner, marketing manager at Sea Bags. I neglected her story when I wrote about C.C. Chapman’s presentation at Friday’s Social Media Breakfast. Because she’s doing good things with content. Favorite thing is taking photos of people using Sea Bags in the field and posting the photos on Facebook. That’s a […]

If increasing sales was easy, unicorns would be doing it

Maybe conversation is overrated. Which is a strange idea in this social media era. Tools are constantly evolving to let us talk with another. And there are a lot of sales reps who make their money because of their ability to talk with prospects and customers. So advice on using social media as engagement and […]

I’m working on a presentation I’m giving next week for the Maine Chapter of the American Society for Training and Development. Somewhere toward the beginning I slip in the sentence, “Social media is a conversation happening online.” I then explain some examples. If I do it right, the audience will walk away with an understanding […]

At Friday’s Social Media Breakfast, there was quite a bit of discussion about tools that can help you monitor social media conversations and update your accounts. As much as I try to keep up with this, I have to admit so much was new to me. I have to thank Nathan O’Leary of Legacy Publishing […]