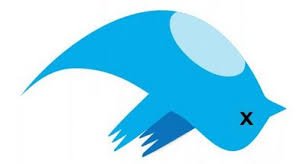 There’s some research out that suggests that tweets only have a lifespan of an hour. After that, people are unlikely to act upon it.

via The Short Lifespan of a Tweet: Retweets Only Happen Within the First Hour.

If this is true, then Twitter is more of a micro-broadcasting service than a micro-blogging service. This means if you’re launching a Twitter campaign that needs retweets to carry viral messages, you need to send that tweet when your audience is checking timelines. There’s going to be prime time hours and must-tweet nights.

I wonder if the same behavior holds true in Facebook.

My big takeaway is not to put all your messages in one campaign. Yes Twitter is sexy and cheap. But what if it goes down when your audience is supposed to be online? You need other channels to make sure the message gets out.

Do you have any data on how and if timing matters in social media responses?

Next post: How do you balance personal branding and building value?